Association was created to help exchange of experience, implementation and coordination of Sino-Russian joint academic, scientific, medical, cultural projects and events. By now it comprises 46 Russian medical universities and 40 medical institutions from China.

In 2015 meeting of ASRMU and Rectors Forum of Russian and Chinese Medical Universities were held at the Bashkir State Medical University in the framework of the Week of Healthcare of Member States of BRICS and Shanghai Cooperation Organization (28-30 May).

In August 2015 Harbin hosted first ASRMU Summer School, during which students of medical universities of Russia and China took part in the conferences, scientific discussions, round tables, listened to lectures of prominent specialists. Five students from Bashkir State Medical Universities participated in the event.

The first ASRMU Winter School took place in Sochi in April 2016 within the walls of Kuban State Medical University. Students from 22 Chinese and 10 Russian universities took part in it. School was dedicated to the modern issues of sports medicine and rehabilitation.

Next Summer School was held in Moscow at the I.M. Sechenov First Moscow State Medical University in July 2016. Participants learned medicine of emergencies. 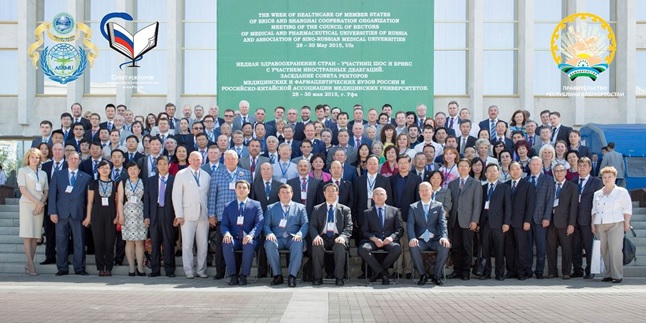