On February 17, 2021, specialists of Bashkir State Medical University successfully operated on a fourteen-year-old resident from Meleuz, Republic of Bashkortostan. At the surgery the passage of the upper urinary tract was restored with the help of robotic system. It should be pointed out, that this is the first case in Russia when such a young patient with such a diagnosis underwent such a minimally invasive procedure. The operation was performed by the surgical team of the Republican Children's Clinical Hospital and the University Clinic under the guidance of Valentin N. Pavlov, rector of BSMU, corresponding member of the Russian Academy of Sciences, chief freelance urologist of the Volga Federal District.

The patient's disease was detected accidentally during the annual medical examination, it did not bother him. Specialists of the Republican Children's Clinical Hospital and BSMU Clinic decided to perform this operation on the robotic system.

The surgeons performed an hour-long operation, during which they used the Da Vinci Robot system: it allows performing invasive procedures with minimal blood loss and injury to the surrounding soft tissues, as well as reducing the time of its execution. This, in turn, reduces the risk of complications and leads to a shorter recovery period.

Future doctors – students of the faculty of Pediatrics followed the course of the unique operation.

Now the boy feels well. Soon he will make a full recovery and return home. 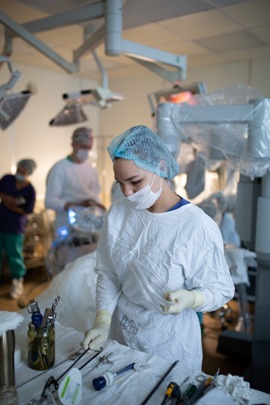 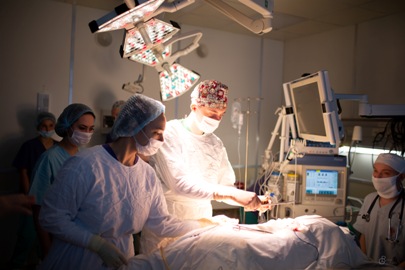 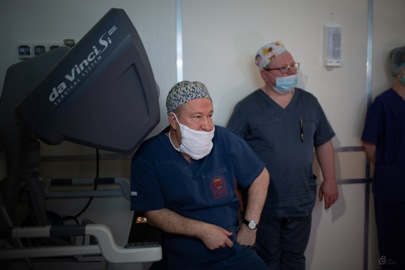 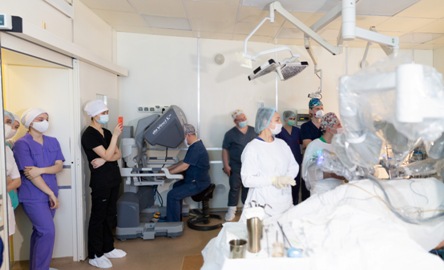